If you like reading my gender entries then I invite you over to my new blog:

cardprince. I've changed and grown a lot in the past few months and it's time for me to leave this persona behind...

Much love to everyone and maybe I'll see you over there :x

As well as quotes and other things I like.

I might pop in and out of livejournal, I dunno, but I need a clean slate for my mind's sake :3

musouka_ningyou and I made the comment, ‘I don’t consider her feminist’ and then I thought-wait, what do I mean by this? What is Orlan not? What would make her ‘feminist’? Her actions, behaviors, philosophy? And who am I to decide who wants the title ‘feminist’ and what that title means? The only thing that ties ‘feminists’ together is the belief that the sexes should be equal politically, socially, and economically. Nothing less, nothing more. Making a statement like that is false…because it doesn’t matter what I think of her, it only matters what she thinks of herself [and as long as she believes in those three things].

In my own sense of twisted logic…you can be a feminist AND a misogynist, in the purest definitions of the words. Just because you hate women doesn’t necessarily mean you want to deny them rights. It seems natural for a misogynist to be anti-feminist, but I don’t believe that always has to be the case.

Which brings me to gay marriage. A while ago I wanted to write about gay marriage on myspace, so I posted a bulletin asking everyone’s views. I asked the questions, ‘Do you think Gay Marriage should be legal? Do you think being gay is immoral? Does this affect your answer?’ [That’s not the exact wording, I’ve forgotten it, but it was close enough]. And most, if not all, of the responders said ‘yes’. That their opinions on homosexuality affected their political decision. But I don’t think it should at all! There are a lot of things I don’t “morally” agree with, but I would NEVER even imagine withholding rights. Which also asks the question, is marriage a privilege or a right? Since it’s CLEARLY not a right, why are we, the American people, politically creating a privileged class? It’s so illogical and completely not what America stands for. [Oh hell, I don’t even know what Americans are anymore, but I was under the impression we were a free people and a land of opportunity….BUT ONLY FOR SOME I GUESS] Religions can have their marriage, that’s fine. If a church wants to deny homosexuals the right to be married, then okay. I can hardly say anything against it because I’m not in that religion. But then why is the government involved at all? Whatever happened to a separation of church and state? And furthermore why are non-religious people being denied rights that religious people are gaining through marriage? I will never get married, because the institution/history/tradition is whacked to me, but I would like to get a civil union-except then I won’t get the same rights that someone who is married has. In essence this really isn’t discriminating against homosexuals, it’s discriminating against all of us who are non-religious or don’t believe in marriage. Are we then creating a privileged class for the religious? :o!! Fuck yeah, America…

Here’s some other miscellaneous things I’ve been milling over…

Anyway, I hope some of this made a blurb of sense, and comments and insight are always appreciated!

"WALKING THE STREETS OF YOUR NEIGHBORHOOD" IN 4.5 INCH PLATFORMS FOR WHAT EXACTLY?

Besides the silly descriptions, I love Steve Madden. Steve Madden is probably a gay man, but I would like to make love with him. Afterwards we can gossip and put glitter and rhinestones on our toenails.

Those shoes totally give me a girlboner.

Today I went to go check out the place I'll be living at if I get accepted into Davis and not Berkeley. It's awesome!! Okay right now it's kind of a shit hole, but it's GOING TO BE awesome :] I already have plans for it...we're going to repaint the entire thing and fix it up hella. It's a house, so we can pretty much do whatever we want with it. I met the other two girls I'll be living with too [there's 4 or maybe 5 of us total] and they're cool enough. Except the place is technically owned by the crew team so we're 'required' to throw parties. Not exactly my cup of tea but I'll live. All the crew kids I've met are cool enough, but I highly doubt they'd be interested in sitting around analyzing gender, you know?? I'm not really into keggers and the like... Parties like that can be fun everyone once and a while but overall...not my scene :P

Still, it's cool that all of my roommates will be involved in some sort of social scene, I'm a bit of a hermit and it can be hard for me to make friends so that will be nice. I'm mainly just super lazy :[ Sometimes conversing with people can be exhausting [I'm definitely an introvert], and I need a lot of down time. Still, I want to work on my relationship skills with others because I kinda suck at the moment. Durrr, I just need to get out more. Bleh. I'm feeling fairly optimistic about this though. I'm looking forward to meeting like-minded people in my classes and such, so at least I will have that outlet. Ew I just read that, I really do sound like a hermit. ;_;

Also...I might be selling some lolita things. Lolita for me isn't an everyday thing, and I think I'll only continue to dress it for some sort of event or when I can go all out. And mainly, these clothes just make me feel like a fatass ;P

So...they're under the cut, let me know if you're somewhat interested and if I decide to sell them you'll be the first~

I just had an awesome night... I went to Asylum with some of my friends and met a bunch of people while I was there. I randomly met 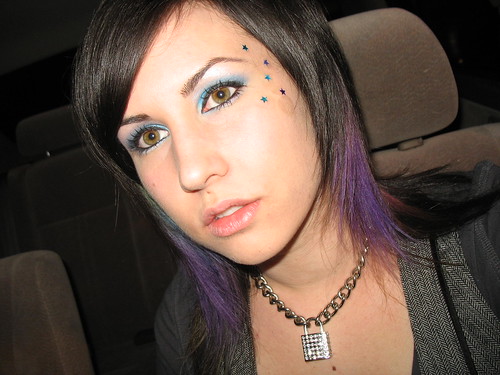 It sounds sort of depressing but I feel like just now I am learning that I actually have something to offer others. 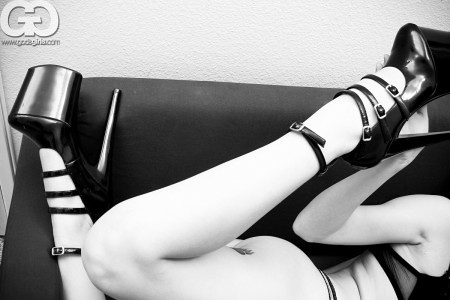 A few weekends ago I went to a very interesting birthday party. It was the joint 21st birthday party of three acquaintances. The theme was 'XXX', in other words you better dress sexy. The hostesses 'gift' was a female stripper. From her mother no less, [not that her mother was there but she did pay for her]. (I'm not sure if that's absolutely absurd or completely awesome?) I was having multiple thoughts watching this girl dance. It is bizarre that people literally pay $200 to watch a girl take her clothes off and writhe around. And not just MEN, there were plenty of women at this party, and it was the girl’s gift. And I wonder, am I supposed to like this? Do I NOT like it? How do the other women here feel? Is this oppression or is this celebration?

Weeks later, I still can't figure this out for myself. And now I'm questioning my sexuality a lot. I don't know if what I like is really what *I* like, or if it's simply the by-product of an androcentric society. Bollocks!

My job sucks. I'm applying for a census job but my testing date isn't for a month! Dammmmit. The pay starts out really well and I think it would be a lot of fun but I won't know for a month :\ I really want and need a new job. I feel that I am a lot better than that place. But not a lot of places are hiring and I don't feel like searching right now when I already have a somewhat steady job and I'm about to start school. [Edit: In OTHER WORDS. I am afraid and I am rationalizing. Lol.]

School is my main priority but money sure is nice!

I went to my first bar last night. It was interesting. It's weird knowing people are checking you out. Not really in a 'is she hot?' way, but more like a , 'who is that walking into the bar? LET'S LOOK AT THEM'.

And this might sound kind of whiney but I really can't figure out how attractive I am. Omfg my self-esteem sucks. I think I'm attractive but I don't KNOW I'm attractive. If that makes sense.

Anyway, my friend was mentioning 'openers' and I laughed because that's straight out of The Game. And then we lamented because there is no such thing as The Game for women. If there was such a thing as 'game' for women, I am very sure I do not have it.

It all boils down to fear for me, I am very fearful of um, everything.

I don't know how I got this way, but daaaamn it's annoying. I need to force myself to do things I am afraid of. But then I doubt that I can do it in the first place. It's a vicious cycle. Fucking a. I am making a big deal out of nothing. ajdnflkjdnfkjandgjkngjkn!

I'm going out the next three nights, maybe I won't act like a dumbass? And then school starts so I can actually put my mind onto something useful.

Oh nuts! I need a self esteem boost but that can only come from within but my within is saying 'fuck you' right now.
Collapse